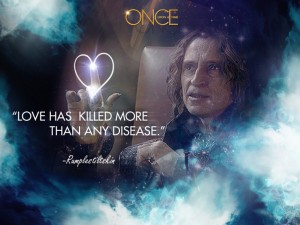 Once Upon a Time/ABC Photo

Now that the new TV season is kicking off I figured this would be a good time to look at some of the shows the big five networks (NBC, ABC, CBS, FOX and CW) are bringing back. Here are the programs I am most excited about.

Once Upon a Time (8pm EST, ABC) – This was a pleasant surprise for me last season. When I first heard about this show I was intrigued by it but didn’t give it much of a chance. Television was loaded with shows about supernatural/fairy tale characters and I wasn’t sure if there was room for another. Thankfully I was wrong. I love how they are working with the original darker versions of the characters and still managing to keep their overlords happy by referencing some Disney classics.  Also the characters mash-ups they pulled off with genie in the lamp and Rumplestiltskin were downright masterful.

Family Guy  (9pm EST, FOX) – Same as with the Simpson’s. The show is feeling a little dated but it can still produce some great moments. Their spoofs and the Peter vs. Giant Chicken fights always entertain me. 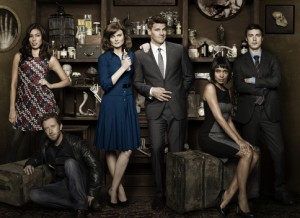 How I Met Your Mother (8pm EST, CBS) – I am ready for him to just meet his freakin’ wife already but Barney Stinson manages to keep the show fresh.  I’ll probably what his one online or OnDemand since it overlaps with my next choice.

Bones  (8pm EST, FOX) – Is it the greatest crime procedural on TV? No. But it’s good escapist television.  Some of the stories lines are a bit over the top but I like the cast and I have a bit of a crush on Tamara Taylor so this one stays on my watch list.

Castle (10pm EST, ABC) – Also known as “Murder She Wrote 2.0”. I’ll watch just about anything that Nathan Fillion appears in (except for Drive). I have watched it on and off for the last couple of seasons and this will be no different. Since it goes up against a couple of good shows on cable I’ll watch it On Demand.

NCIS (8pm EST, CBS) – I started watching NCIS around the third or fourth season and I have been a regular viewer since then. The cast works well together, the show puts a unique spin on the standard “cop drama” and Rocky Carroll deserves a best supporting actor Emmy nomination.  I can’t wait to see Billy Dee Williams make his appearance this season as Gibbs’ namesake.

Modern Family (9pm EST, ABC) – Believe the hype. This is easily one of the best comedies on television. It’s a perfect example of an ensemble cast putting egos aside working together. Everyone plays off of each other well, storylines are funny and relatable. As an added bonus, Sofia Vergara is as hot as she is funny.

Supernatural (8pm EST, CW) – You gotta love the Winchester brothers. Sure they save the world but they have also screwed it up on more couple of occasions. One of the reasons I love the show is that I can easily relate to the CW’s “Brothers of Destruction.” They are about as far from perfect as a hero can be and they don’t always get it right but they are going to keep trying until they do.

30 Rock (8pm EST, NBC) – Right up there with Modern Family as one of the funniest shows on the air. 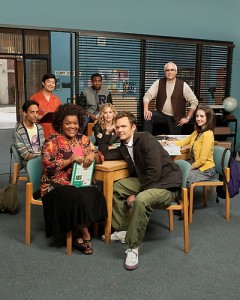 Scandal  (10pm EST, ABC) – I liked but didn’t love this show’s short first season. I think it’s because the whole presidential side piece story was a bit much for me. Despite that I did enjoy it and I think the show has definite potential.

Community  (8:30pm EST, NBC) – I don’t care what the ratings are or where NBC moves it in the schedule, I will continue to watch this show. It is funny, smart, well cast and loaded with laugh out loud moments.   Here’s hoping that it bucks the trend of moves to Friday being the “kiss of death” for a series.

Grimm (9pm EST, NBC) – Another pleasant surprise from last season.  Captain Renard (played by Sasha Roiz) is a great villain and I like how they are incorporating fairy tales from other countries. Plus Monroe is one of the best sidekicks on television. Who wouldn’t want a wolf man in their corner?

I have mixed thoughts on the lineup of new shows but I am glad that some of my favorite old reliable will be back for another round of drama and laughter.

Posted in Television and tagged TV.