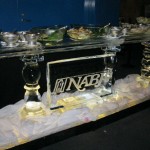 Now that I’ve had a couple of weeks to digest everything that went down in New Orleans during The National Association of Black Journalists conference I figure this would be a good time to share a few highlights.  Here’s a look at what went down during the panels a.k.a. the daylight hours. Wednesday The gods […] 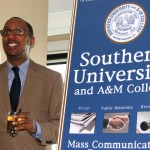 Southern University was well represented at the 2012 National Association of Black Journalist convention. The Department of Mass Communications (my old department) held a reunion/reception for current and former students as well staff The Southern Digest. Representatives from the student and professional chapters in Baton Rouge spoke about Southern’s past, present and future. Speakers included […]

The National Association of Black Journalists‘ 37th Annual Convention and Career Fair starts Wednesday. It’s a great opportunity to reconnect with old friends, make new contacts and find out about jobs and internships. There are more than a few people offering up tips for surviving this year’s conference and even though I am far from an […]

After a two year absence, I am making my return on the National Association of Black Journalist’s annual convention. This year’s event is a chance for me to return to my home state and support my school. The Department of Mass Communications at Southern University is hosting a reunion/reception for graduates and alumni of The […]