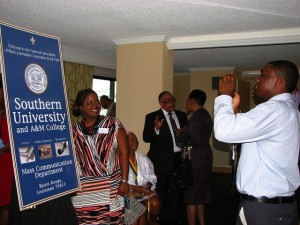 Southern University was well represented at the 2012 National Association of Black Journalist convention. The Department of Mass Communications (my old department) held a reunion/reception for current and former students as well staff The Southern Digest. Representatives from the student and professional chapters in Baton Rouge spoke about Southern’s past, present and future.

In addition networking and planning, the event was also an opportunity to honor some great people. Evan Taylor received the Student of the Year award from Fred Batiste and Marie Brown was presented with the faculty/alumni award by Gabrielle Maple Lee.

Ms. Brown has helped many students over the years so it was fitting that she also had a scholarship named in her honor during the event. The Marie Brown Scholarship is a need based award for mass communication students. To help get it off the ground, many in attendance pulled out their wallets and checkbooks to donate that same night.

As an added bonus, two Southernites were honored during Sports Pioneer Awards ceremony present by the Sports Task Force. The award “recognizes pioneering African-American sports figures with ties to the convention host city. This year, Avery Johnson, head coach of the Brooklyn Nets, and former SUBR professor R.L. Stockard, who helped to integrate newspapers in Baton Rouge were honored.

All in all, it was a great week to be a Jaguar. 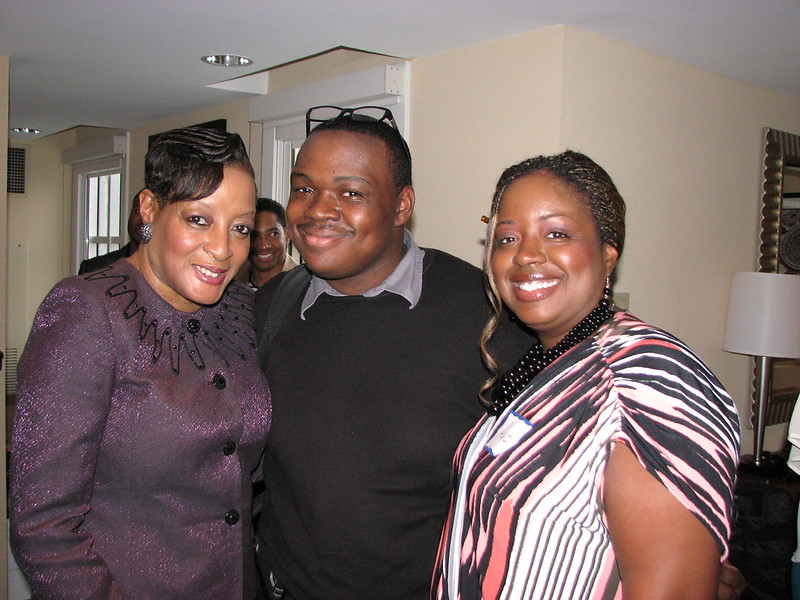