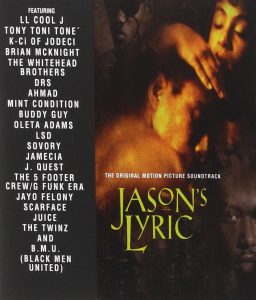 In honor of Black History month, this is a very special edition of Funkin’ Friday. Today I am featuring a song that brought together a ton of talent to spread a positive message.

In 1994, a movie called Jason’s Lyric hit theaters. The film’s soundtrack featured songs by Brian McKnight (Crazy Love) , K-Ci (If You Think You’re Lonely Now) and Mint Condition (If Trouble Was Money). However none of those songs had the impact of today’s Funkin’ Friday selection.

U Will Know brought together soul, R&B and Hip-hop stars for a song the spread a positive message. You had people like Tevin Campbell, Al B. Sure, Gerald LeVert, El DeBarge, and R. Kelly (before the alleged sex tape) combined with groups like After 7, Tony! Toni! Toné! and the legendary Boyz II Men.

This song is great for two reasons. First, the message is timeless and I honestly think this song needs to be put back in heavy rotation because a lot of people need to be reminded of it. Secondly, there is no way you could get this many stars together to do a song like this. There are not enough real singers out there to pull it off. Most rappers wouldn’t want to appear soft by performing on it. And egos would almost certainly get in the way. Can’t you just see Neyo, Usher and Chris Brown fighting for the opening part?

So, in honor of Black History Month, I present to you Black Men United singing U Will Know.